The two faces of Bratislava 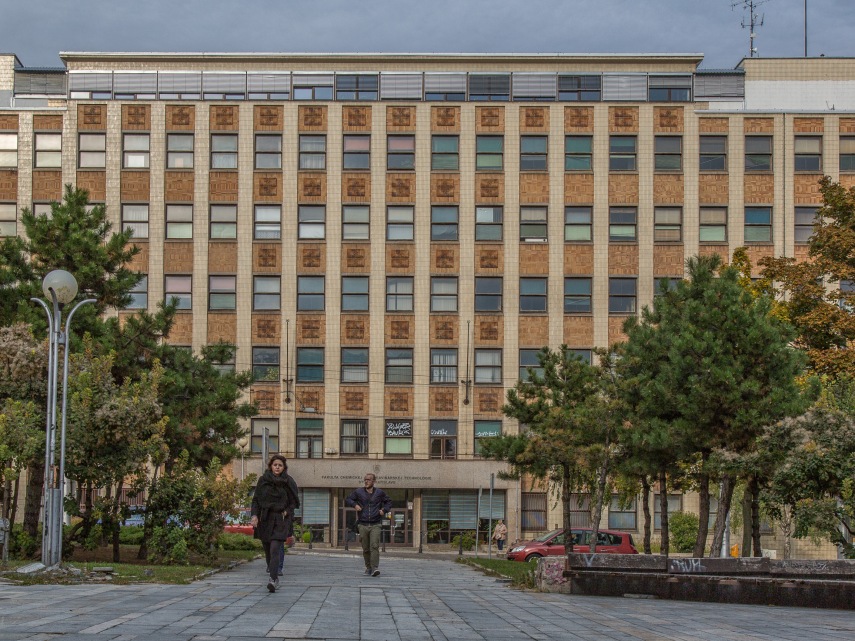 The Soviet-era Chemical engineering faculty of the Slovak University of Technology in Bratislava. Picture: Chris Mannolini

Bratislava lures many visitors with its well protected historic old town, including grand 20th century buildings and medieval city towers, including St Michael’s Gate. But there is another side to Bratislava, for better or worse. From 1945 to 1989, Bratislava was under Communist rule. So while the Old Town square is indeed pretty and worthy of photographs, I found plenty of interesting history from life behind the Iron Curtain as well.

I became infatuated with the Chemical Engineering faculty building of the Slovak University of Technology when I stumbled upon it on a late afternoon walk on a cold autumn day and the last rays of sunlight were shining off its tiled exterior. Another five or 10 minutes of walking and I found myself in what is the biggest public square of Bratislava, the Soviet-built and now largely abandoned and ignored Freedom Square. I was walking through Freedom Square as I tried to find another Soviet-built construction, and was not disappointed when I eventually found it. The upside-down pyramid-styled Slovak Radio headquarters  was once voted as being one of the world’s ugliest buildings. But like a lot of Soviet and socialist-realism architecture, there is a certain beauty in its ugliness.

(The white bars you can see on the building in the photo below are not normally part of the building. They were there as part of an art event in the city at the time.)

And then there was the now permanently closed Hotel Kyjev and (still open) connected shopping complex that stands out to the northeast of the old town centre.

To help get a better feel for life under the Communists, I joined guide Brano from Authentic Slovakia for the Post Socialist City Tour for an afternoon of discovery in his grandfather’s Skoda. The tour took in Freedom Square (where Brano remembered playing amid the fountains when he was young), the Slovak Radio building, the Slavin war memorial (the largest one in central Europe, now “home” to 6800 Soviet army soldiers’ bodies), and a drive over the Most SNP (“UFO bridge”) to Petrzalka, the largest borough of Bratislava, again built by the Soviets and now home to about a third of Bratislava’s inhabitants.

The Most SNP bridge was controversial when it was built in the late sixties and early seventies, not only because the builders plonked a UFO-styled restaurant and observation deck at the top of one side, but because they destroyed a historic part of Bratislava during construction. Yes, to me, this bridge and associated UFO is one of the ugliest things I have seen and must be filed under “what were they thinking?” But the view from the observation deck, of both the medieval old town across the river and Petrzalka, is impressive, Brano told me, as long as you don’t go on an overcast and hazy day like I did.

The old town centre of Bratislava as seen from the Old Town Hall tower. UFO Bridge is in the left background, St Martin’s in central background, the Castle in right background. Picture: Chris Mannolini

As well as all this rich Soviet-era history there is, of course, the impressive old town with its central square, an architectural treat. I found the best view was from atop the Old Town Hall tower. From here, you look down on not only the central square but also out to Bratislava  Castle, the Gothic spires of St Martin’s Cathedral, and the UFO Bridge in the distance … all in the one shot. 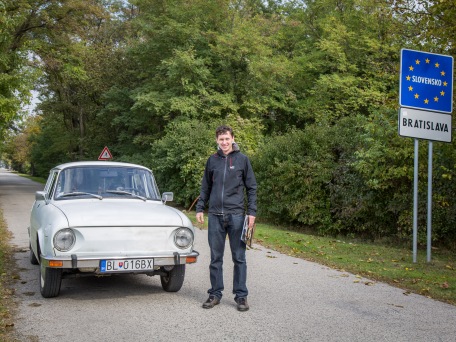 All up, there is plenty to see in Bratislava and, with relatively cheap prices and even cheaper good local beer, what’s not to like about Bratislava?

In the camera bag: I was travelling with a Canon 5D camera with a 24-105mm zoom lens that provided everything I needed for landscape and architecture shots of the city.

You can see more of my photographs of Bratislava on my Flicker site here.

The Most SNP, or “UFO Bridge” over the Danube. Picture: Chris Mannolini

Have you been to Bratislava? Did you enjoy the medieval and historic town centre or prefer exploring the Soviet history? Are you. like me, a fan of socialist realism or do you find it ugly? I’d love to hear your thoughts.